New Ed Gorman Release: A KNOCK AT THE DOOR 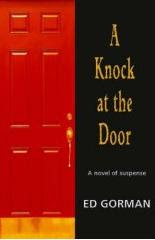 UPDATE: I received an email yesterday from a reader who actually placed an order for A Knock at the Door with Amazon.com, and she forwarded a letter she received from Amazon notifying her that the book's release date had been pushed back to the end of December. The letter, in part, reads:

Unfortunately, the release date for the item(s) listed below has changed, and we need to provide you with a new delivery estimate based on the new release date:
Ed Gorman (Author) "A Knock at the Door" [Paperback]
Estimated arrival date: 12/27/2007 - 12/31/2007

I was playing around the Internet the other evening and I stumbled across a scheduled Borderlands Press release of an Ed Gorman novel titled A Knock at the Door. It had a release date of October 15th, but it isn’t available yet. I was unable to find any mention of the title on Borderlands website, and Aamzon.com shows a delivery time of 1 – 2 months.

I did do a little digging—okay, I emailed Ed—and found out A Knock at the Door is a reprint of Nightmare Child published by St. Martin’s Press in 1990 under the pseudonym Daniel Ransom. This title is difficult to come by and I really, really hope it comes out soon. If anyone out there knows anything about when A Knock at the Door will be available send me an email, or even better, post a comment.

The plot summary at Amazon reads:

A young married couple plot to collect an inheritance by committing a terrible murder. They are unprepared for the payment they receive at the hands of the victim.

I’m not completely familiar with the work Ed Gorman published under the Daniel Ransom pseudonym, but I do know that it mostly ranged around horror and science fiction. I have a list of twelve Daniel Ransom novels and two short stories. The publication dates are between 1986 and 2001—all of them are currently out-of-print. And while I’ve only read one—The Fugitive Stars—I have a few others kicking around, and I’m reading Night Caller right now.

This is the list of Daniel Ransom novels and stories I’ve collected. If there are any titles missing, or any that are here and don’t belong, please let me know. 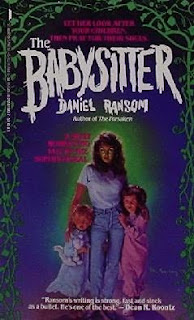