This Red-Handed Wretch: Bill Hickman and the Murder of Richard Yates 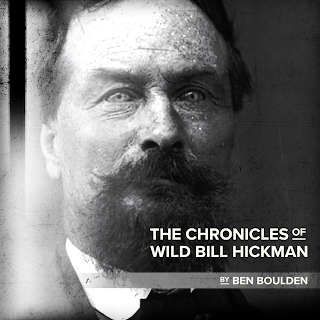 This Red-Handed Wretch:
Bill Hickman and The Murder of Richard Yates

In the dying minutes of October 18, 1857, the notorious lawman, lawyer, and admitted murderer, William Adams Hickman – labeled, “this red-handed wretch,” by the New York World and popularly known as Wild Bill – “used up” the mountaineer Richard E. Yates. The Mormon militia, called the Nauvoo Legion, had arrested Yates on a charge of spying for the approaching U.S. Army during the Utah War. Hickman claimed Yates’s killing had been ordered by Mormon prophet Brigham Young. A claim contradicted by the men Hickman implicated in Yates’s murder, and by Mormon historians ever since, but the conditions in Utah at the time, gives a ring of possibility to Hickman’s claim anyway. ...

[Read the rest of “This Red-Handed Wretch: Bill Hickman and the Murder of Richard Yates” at Dark City Underground] 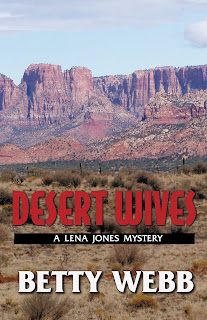 Mystery writer and journalist Betty Webb made a literary splash when her second Lena Jones detective novel, Desert Wives, was published by Poisoned Pen Press in 2002. The likable Lena – an orphan and socially-conscious private eye working the upscale Phoenix, Arizona suburb of Scottsdale – finds more than murder while undercover in the fictional polygamist town of Purity on the Utah-Arizona border. This swath of arid desert is called the Arizona Strip and home to more sheep than people, and more religious sects practicing polygyny – a form of polygamy where one man marries multiple women – than anywhere else in the United States. Including the infamous Fundamentalist Church of Jesus Christ of Latter-day Saints (FLDS), headquartered in Colorado City, Arizona, and its outlaw “prophet” Warren Jeffs. Publishers Weekly called Desert Wives, “a searing exposé of the abuses of contemporary polygamy,” and then added, “[it] could do for polygamy what [Stowe’s] Uncle Tom’s Cabin did for slavery.”
Marilyn Stasio, The New York Times’ well-respected mystery critic, wrote:

“If Betty Webb had gone undercover and written Desert Wives as a piece of investigative journalism, she’d probably be up for a Pulitzer.” 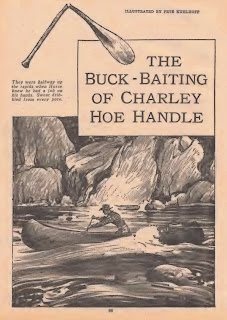 Jim Kjelgaard (pronounced kel-guard) is best remembered for his young adult adventures featuring dogs, young boys, and always set in the outdoors. A few of his best-known books are Big Red (1945), Irish Red (1951), Outlaw Red (1953), and Stormy (1959). But Kjelgaard was also a regular contributor to pulp and slick magazines in the 1940s and 1950s, including Black Mask, Argosy, Western Story, Weird Tales – it’s reported he and Robert Bloch cowrote “The Man Who Told the Truth,” but the byline in the magazine identifies only Kjelgaard – Short Stories, Collier’s, Saturday Evening Post and many others. He had a particularly good relationship with Adventure where (by my count) 36 of his stories appeared between 1942 and 1963.
Of those, 16 chronicled the exploits of a Native American poacher, Charley Hoe Handle, outwitting a game warden named Horse Jenkins....

A Little About Jack Higgins: A Life in Writing 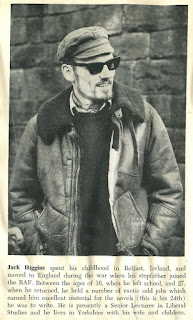 A Little About Jack Higgins: A Life in Writing

Jack Higgins is a familiar name to most readers. His thrillers have routinely appeared on international bestseller lists since his breakout novel, The Eagle Has Landed, was published in 1975. A book that has been printed more than 50 million times. But Jack Higgins, whose real name is Harry Patterson, wrote 35 novels before The Eagle Has Landed made him a household name, and many of those early novels, especially those published between East of Desolation (the first book with the name Jack Higgins attached) in 1968 and The Run to Morning in 1974, are quite good. At their best, a Jack Higgins novel is linear, well-plotted, exciting, and with a style that is lyrical, and characters that are wonderfully romantic. At their worst, they are bland and lifeless. Higgins’ weakest novels, on average, are those published after 1990, which is about the same time his character Sean Dillon appeared on the scene. Many, but certainly not all, of the Sean Dillon books are weighted by interchangeable plots, characters that are more caricature than realistic, and a stark style that, at its worst, sinks into dullness.

Posted by Ben Boulden at 2:45 PM No comments: 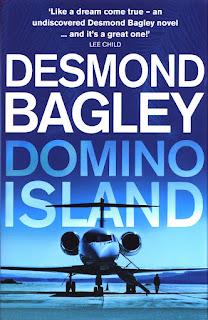 Domino Island – published in 2019 by HarperCollins – is Desmond Bagley’s “lost” novel. The manuscript (ms) was discovered by the researcher Philip Eastwood at Boston University’s Howard Gotlieb Archival Research Center where Bagley’s papers are housed. Along with the ms – titled Because Salton Died by Bagley – were letters between Bagley and his editor at Collins, Bob Knittel, and handwritten notes on the ms, identifying planned changes for publication, but Bagley pulled Because Salton Died back from Collins and the changes were never made. There are a couple hypotheses about why Bagley stopped work on the book. The first and most obvious is perhaps Bagley decided it was a hopeless project and there is some evidence supporting this. In the letter to his editor accompanying the ms, Bagley wrote, “I had a bad case of ‘writer’s block’[.]” He had started and abandoned four “standard Bagleys” – adventure thrillers – and he decided to try something entirely new to get his creative energy going....

[For the rest of the article/review click here to go to Dark City Underground...] 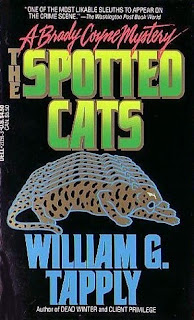 William G. Tapply’s tenth Brady Coyne novel, The Spotted Cats, is a measured affair defined by its rich characters and Coyne’s sense of loyalty and justice. Coyne is a Boston lawyer with an aversion to work and a proclivity for fly fishing. He grudgingly accepts an invitation to spend a weekend in the Cape Cod home of his client and friend, Jeff Newton. Newton was a professional big game hunter until being mauled by a Zambian leopard, called Nyalubwe by the natives. The encounter left him permanently disabled, bitter, and angry.

Posted by Ben Boulden at 3:50 PM No comments:

Review: "The Revenger" by Jon Messmann 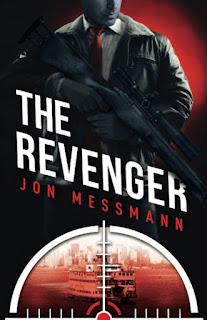 The 1970’s men’s fiction market was rotten with revenge tales populated by veterans of America’s unpopular war in Vietnam. These isolated, disaffected, and angry men brought a new war of vigilante justice to the crime ridden streets of America’s cities. The literary movement began with Don Pendleton’s multi-million copy selling War Against the Mafia [Pinnacle, 1969] featuring Mack Bolan, an Army sniper, home from the war to bury his family: father, mother, and sister. Their deaths were ruled as murder-suicide, which was true since Mack’s dad had pulled the trigger, but Bolan knew the context of his father’s violence. After losing his job, he had borrowed money from the mafia and their pressure for repayment drove him to murder. Bolan is a righteous hero, never doubting his mission, losing focus (even to look at a beautiful woman), or showing regret for his actions.

Posted by Ben Boulden at 3:25 PM No comments: