THE TENTH VIRGIN by Gary Stewart 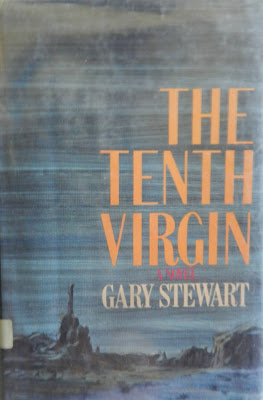 The Tenth Virgin, by Gary Stewart (St. Martin’s Press, 1983), is the best mystery novel set in Utah I have read. It is a private eye novel starring Gabe Utley. Gabe was raised on the east-side of Salt Lake City. He is a big city private eye, New York City, back in Utah as a favor to his high school sweetheart, Linda Peterson. Linda’s teenage daughter ran away, leaving a note that she joined a violent polygamist sect. Gabe is doubtful he can track the girl down, but his sense of obligation keeps him on her trail. The investigation takes Gabe into the wealthy and powerful Mormon hierarchy in Salt Lake City and then into the depths of the poverty-ridden polygamist clans of Southern Utah.

The Salt Lake City setting details a town that no longer exists—it is so much bigger now, less homogeneous—but it is done with a vivid and accurate hand. The narrative is crisp. The characters, from newspaper reporters to mean-spirited bigamist husbands, are nicely drawn with enough depth to make them familiar to the reader. The plot is nicely executed and the cultural examination of Mormonism (the culture, and not the religious doctrines) is spot-on.

The Tenth Virgin is truly something special.