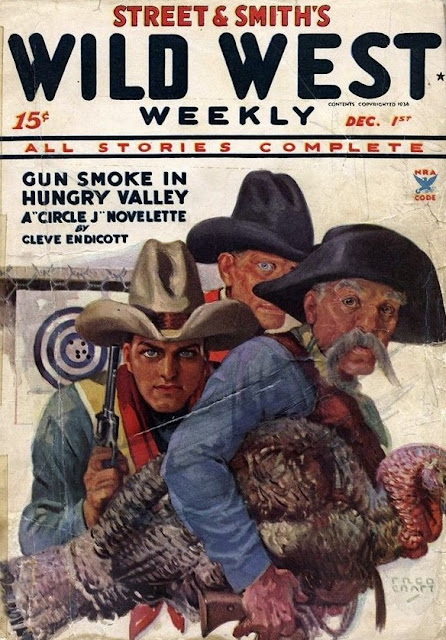 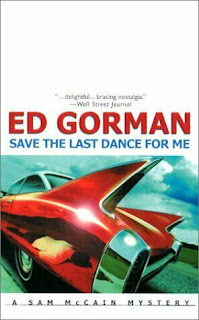 “Sometimes, something happens that you can’t forgive. And it kills you because you can’t forgive. You drag it along with you your whole life and remember it at odd moments and no matter how old you get, that one thing still retains its fresh and vital pain. And a part of you knows that the other person has gone on and probably never thinks about it at all.”

[No Comment is a series of posts featuring passages that caught my attention. It may be the idea, the texture, or the presence that grabbed my eye. There is no analysis provided, and it invariably is out of context]

The Fall Line, by Mark T. Sullivan, was published in hardcover by Kensington in 1994, but the edition that caught my eye is the Pinnacle paperback published in 1995. The pastels are from the official 1990s color palette and I’m not sure what’s happening with the skier, but it’s something good. The artist: Unknown (to me at least) 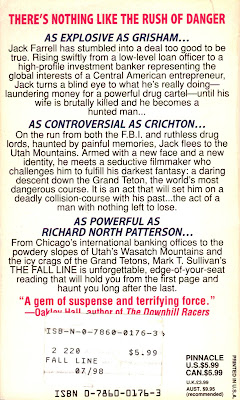 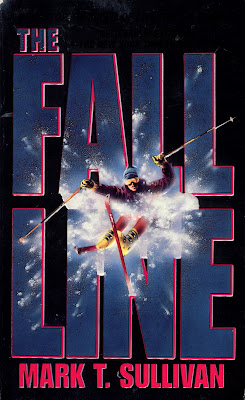 Out West, winter storms begin as collisions of cold and warm air in the Gulf of Alaska. The two battle for control, cold winning, then racing southeast to land, across coastal mountain ranges to the deserts of the Great Basin. There the fronts accelerate and gather fury, boiling high over the purple sage and the brine flats until they draw one last infusion of moisture crossing Utah’s Great Salt Lake and then slam into the chill, nearly vertical wall of the Wasatch Mountains. One canyon, the Little Cottonwood, seems to suck the dark storm clouds into itself, up its nine-mile rip, up 8,000 feet to the half-dozen peaks and ridges that form the series of alpine bowls called Alta. Trapped by the jagged crags and frozen cirques, the clouds are squeezed as if by a giant hand milking udders and a snow like no other falls.

The Fall Line is Mark Sullivan’s first published novel and its setting is as appealing to me as the cover. I’ve spent the majority of my life in the Wasatch Mountains’ shadows. I can be at Alta in 25 minutes from my doorstep and at the top of the other Cottonwood, Big Cottonwood, in about the same. And the snow, it’s uniquely dry and light. The best snow I’ve ever skied, but I’m biased since it’s been my snow since I was a child.
Posted by Ben Boulden at 6:30 AM No comments: 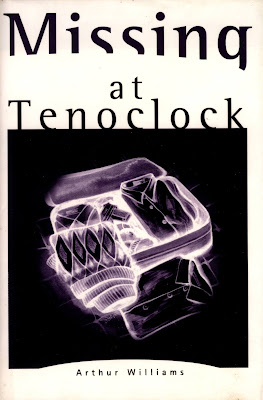 Missing at Tenoclock (1994), as by Arthur Williams—a one-off pseudonym of the prolific and reliably good Jack M. Bickham—is the first of the two Jonelle “Johnny” Baker mysteries set in the fictional Colorado mountain town of Tenoclock. Tenoclock is a tourist boom town with enough celebrity landowners to make it a small and growing version of Vail. There ski lifts, daily old west-style shootouts on its hokey and touristy downtown streets, too, but for all its growth the Sheriff’s Office is still a small operation that usually closes its doors by midnight.
Then Sheriff Jim Way has a gruesome accident with a train; the engineer doesn’t see him lying across the tracks until it is too late. Way’s clothes are saturated with whiskey—a high shelf bottle of Maker’s Mark was found on the front seat of his Bronco—and Tenoclock’s political leaders go into high gear to sell Way’s death as a side-effect of his heavy drinking. But Johnny, who is appointed acting-Sheriff as a publicity stunt by the county commissioners, believes Way’s death wasn’t an accident. She knew Way didn’t drink heavily enough to pass out on a cold autumn night, and he never drank expensive whiskey. In the background is a missing runaway girl, and as Johnny investigates she gets an uneasy feeling the missing girl and Way’s death are connected.
Missing at Tenoclock is a traditional mystery with several beautifully crafted and suspenseful action scenes. There is a scene where a major player is trapped in an old mine that remains in the reader's mind long after the incident is resolved. The mystery is somewhat light since it is clear who the villain is early in the story, but Bickham does an exceptional job of ratcheting the suspense by slowly revealing the how and the why of both Way’s death and what happened to the missing woman. It doesn’t hurt that Johnnie gets in deeper trouble with every step she takes. The setting is perfectly small-town with oddball characters—a scholarly jailer and grumpy diner owner comes to mind—and small minded and greedy politicians. Missing at Tenoclock is a title to keep a lookout for in used book shops and thrift stores, especially if you enjoy a light mystery with a pleasant setting and likable characters.
The second (and final) Johnnie Baker mystery novel is titled Tenoclock Scholar (1995), and it, like Missing at Tenoclock was published by Walker & Company as a hardcover and neither book was ever published in paperback. An oddity between the two novels: Missing at Tenoclock, was published as by Arthur Williams and Tenoclock Scholar was published with another Bickham pseudonym, John Miles.
Posted by Ben Boulden at 10:15 AM No comments: