Hollywood Nocturnes, by James Ellroy, was published in hardcover by Otto Penzler Books in 1994. The edition that caught my eye is Dell’s paperback reprint published in 1995. The bright and rich colors of the 1990s – orange and pink and that rich and deep purple – are exciting and enticing. And, there’s that accordion player to add a bit of “hmmh?” The artist: Unknown (to me at least) 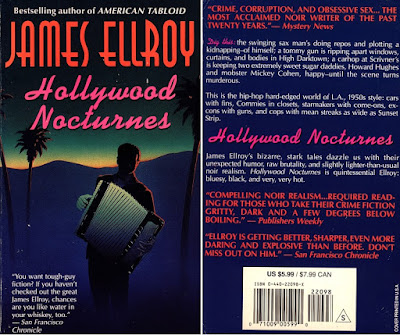 The first sentence of the story, “Out of the Past”:

“A man gyrating with an accordion – pumping his ‘Stomach Steinway’ for all it’s worth.”

Hollywood Nocturnes is a collection of seven of James Ellroy’s crime stories.

Posted by Ben Boulden at 2:30 PM No comments:

THE NICKEL BOYS by Colson Whitehead 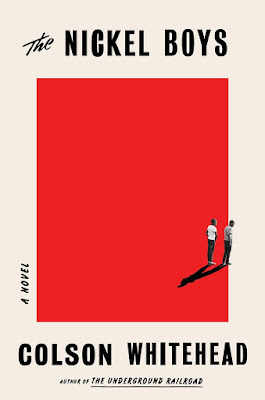 This is review is for a book different from the usual fare at Gravetapping, but it is a marvelous and important novel that satisfies on every level of good literature. It entertains, it educates, it illuminates.

Colson Whitehead’s The Nickel Boys is as brilliant as it is uncomfortable. Elwood Curtis, a black teenager living in 1960s Tallahassee, is sent to a segregated reform school, The Nickel Academy, after the police catch him in a stolen car. Elwood was hitchhiking for the first day of his early-entry college class in the next town, when the car thief picked him up. His pleas of innocence go nowhere with the police or the judge.

Nickel’s staff trade the boys’ state allotted food to local businesses for kickbacks. They beat and whip any of the “students” perceived as trouble-makers. A few of the boys disappear into unmarked graves after severe beatings, the staff claiming they ran away. The boys are offered to local bigwigs as free labor. The pedophiles on staff have unlimited access to the boys.

The school’s degrading atmosphere is more than Elwood can stand. He wants to fight, in a similar way that his hero Martin Luther King Jr. confronts segregation and racism, but the more he struggles against Nickel, the harder his life becomes. The Jim Crow South setting is vividly drawn, uncomfortable, and for this naïve reader, startling. Elwood's journey from a hopeful boy, listening to King’s sermons in his grandmother’s house, to his descent into Nickel is both tragic and disturbing.

The Nickel Boys is fiction, but it was inspired by the very real Dozier School for Boys, which operated in Marianna, Florida, between 1900 and 2011. The beatings, killings, and everything else actually happened at Dozier, but the story and the characters are the invention of Whitehead.

When books appear as set background in film and television, I spend more time identifying the books than paying attention to the story. When a book gets actual screen time, it makes me happier than something so insignificant should.

This happened with David Goodis’ Dark Passage in the 1991 film, Past Midnight. A film I haven’t watched enough of to decide if a connection exists between novel and film, but man do I dig that featured Dell edition and, even more, its prominence the scene.

Past Midnight was directed by Jan Eliasberg, written by Frank Norwood (it is rumored Quentin Tarantino heavily revised the script), and stars Rutger Hauer, and Natasha Richardson. 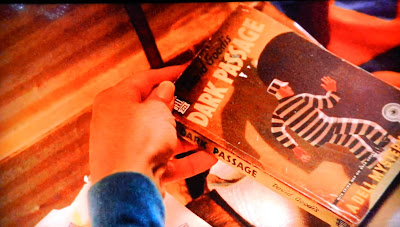 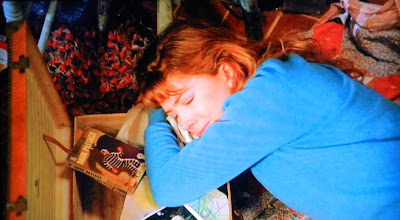