A few weeks ago I promised a few photographs of our Mojave Desert / Death Valley trip, and today, finally, I’m going to deliver. We flew into Las Vegas; a flight that, once it finally got in the air, took a little more than an hour, and our plan was to spend the first night there. But when we finally hit the city, traffic was so bad we made the decision to drive south, and spent the night in Baker, California—the place with the world’s largest thermometer. Baker is no more than a roadside stop on I-15. It is filled with restaurants, motels, and gas stations. And the biggest damn crows I have ever seen–they are the size of a small golden eagle, and all the residents watch their children closely, because a pack of these birds could easily carry them away. 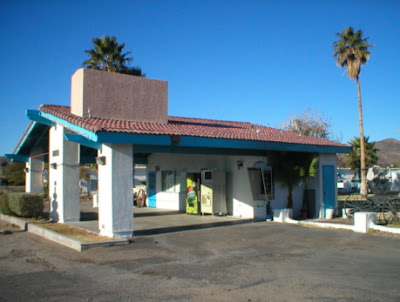 We spent the night in a dumpy little drive-in motel called Wills Fargo—cool name, and really not a bad place once I got used to the cold white tile laid throughout. There was a handwritten list on yellow lined paper taped to the mirror that quoted prices for each item in the room that wasn’t bolted down: television $75; clock radio $15; heater $70; and towels $5. Not a bad deal if you’re in the market for a new television, or wall mounted heater. The motel and the town felt very much like a Richard Laymon horror novel. I kept looking for skulking perverts, cannibals, and psychopaths, but didn’t see anything unusual other than a really cool motel office with a working pay phone out front. A real working payphone! 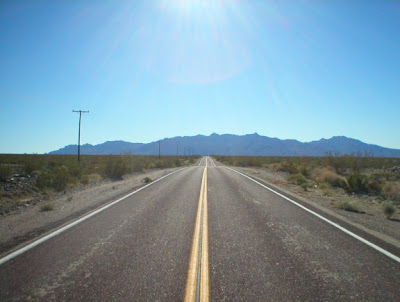 That morning after a greasy meal at Bob’s Big Boy we headed into Mojave National Preserve. The landscape is desolate. It is littered with sage, sequoia, and even a scattering of low growing cactus. In the distance dry mountain ranges claw into the vibrant blue sky, and traffic was nonexistent—exactly the way I like it. We spent two days in Mojave—we bivouacked at a Days Inn in Needles, California (a dumpy little town with an even dumpier grocery store)—and loved every minute. We discovered a cavern in the heart of the preserve called The Mitchell Caverns that captured our imagination. It is a short hike from a California State Parks visitor center, and it is furnished with stalagtites, stalagmites, and a plethora of other unique geological cave formations. 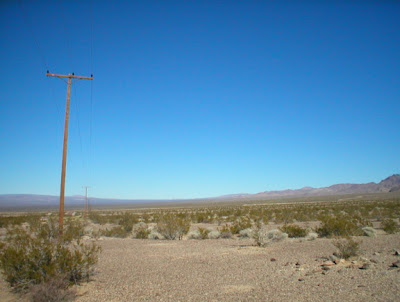 The guide was a treat. We took the tour with three other families, and as we wove our way through the cavern—it is actually two separate caverns that have been connected—he explained many of the geological events that can be seen in the cave. Then after the thirty-minute tour he asked my wife and I if we wanted to hang around for a few more minutes, and he told us several more stories. One of them was when Oliver Stone filmed a scene for The Doors. The crew painted a pictograph on the cave wall with a temporary paint that turned out o be much more permanent than temporary. The park no longer allows film crews in the cave. He also talked about an early theory of rock formation; it was believed that the rock was alive and grew much the same as an animal. In an odd way it made sense; it probably doesn't hurt that as a child my mother constantly spoke of the spirit of nature. I grew up believing that trees, rocks, and every other substance on earth had a spirit that was alive, aware, and sacred. She was a hippy, kind of, and I still find her sensitivites more believable than the trash the hucksters sell at the pulpites and on television.
Unfortunately I didn’t know how to capture the beauty of the cavern, and my camera stayed in my pocket the entire time. But I’ll be back there again. And if you’re ever the area you should stop in too.
Come back in a few days for the Death Valley segment. 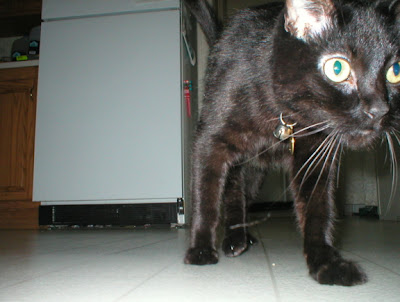 I couldn't help myself--this photograph of Cat Man Pete was on the same card. He really is as tough as he looks.