Unknown Man No. 89 is Elmore Leonard’s 13th published novel. It was originally published in the U. S. in 1977 by Delacorte Press, and in the U. K. by Martin Secker & Warburg. The edition that caught my eye is the recent U. K. edition published by Phoenix. It is a collage of sorts, with a muted water color-like wash, and, even better, it features a 1970s Mercury Cougar. The cover image is by Tim Marrs. 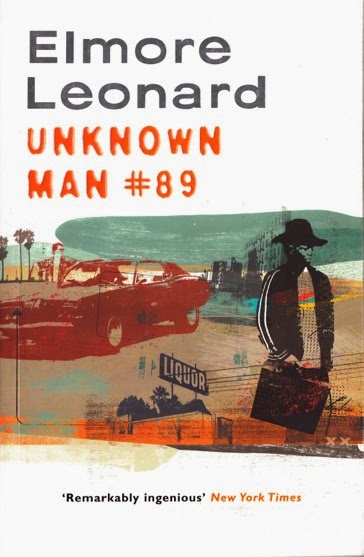 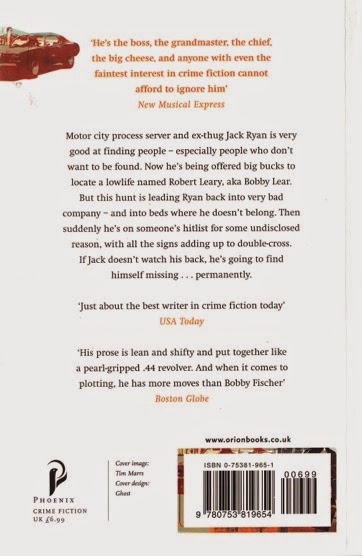 “A friend of Ryan’s said to him one time, ‘Yeah, but at least you don’t take any shit from anybody.’

“Ryan said to his friend, ‘I don’t know, the way things’ve been going, maybe it’s about time I started taking some’”

Unknown Man No. 89 is a follow up to Elmore Leonard’s 1969 novel The Big Bounce. According to the Wikipedia entry for Unknown, it was optioned for film by Alfred Hitchcock—it would have been his 54th film—but was never made.

This is the eighth in a series of posts featuring the cover art and miscellany of books I find at thrift stores and used bookshops. It is reserved for books I purchase as much for the cover art as the story or author.
Posted by Ben Boulden at 7:38 AM