My Favorite Short Mystery Stories of 2018 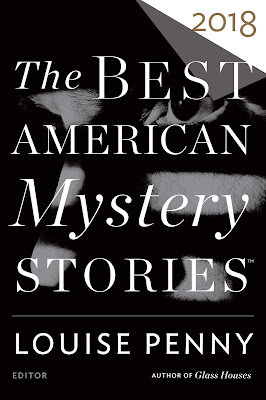 Since taking the reins of Mystery Scene Magazine’s “Short & Sweet: Short Stories Considered” column a few years ago my reading of short mystery fiction has increased significantly. During 2018, I read—and this is a less than scientific estimate—somewhere greater than 500 crime and mystery short stories. The stories were published in magazines—Alfred Hitchcock, Ellery Queen, Black Cat, Down & Out—anthologies and collections. The individual stories have a tendency to slip from my awareness shortly after the final words have been read, but there are those stories that stick to me. Often becoming something better and more real in the weeks and months after I’ve read the tale.
This year, for something a little different, I decided to sit down and compile a list, from memory rather than going back into the books and magazines or the reviews I wrote, of my five favorite mystery short stories. And, no matter how hard I tried, I was unable to settle on less than six stories. So, without further ado, here are my five six favorite short stories (in no particular order) published during 2018*.
“An Elderly Lady Seeks Peace at Christmastime” by Helene Tursten, featuring the homicidal octogenarian Maude, who will do anything for peace and quiet. [An Elderly Lady is Up To No Good, Soho, November 2018]
“The Little Men” by Megan Abbott, is a Hollywood story with an ironic and very twisted ending. [Bibliomysteries Volume Two, edited by Otto Penzler, Pegasus, August 2018]
“Fair Game” by Max Gersh, is a carnival tale reminding us that the house always wins. [Alfred Hitchcock Mystery Magazine, March / April 2018] 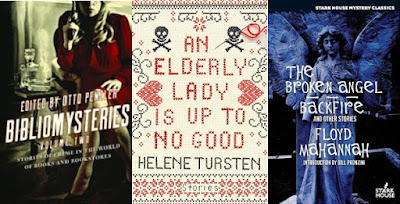 *A few of the stories were originally published prior to 2018, but reappeared in author collections or best of the year anthologies.

Thanks for this list, Ben. Now I want to seek out all of these stories.