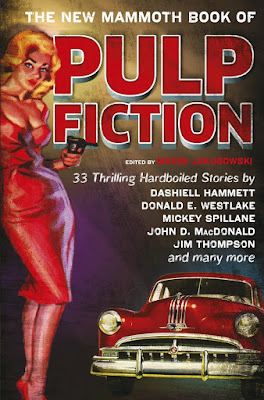 His name was Jimmie Prescott and he is thirty-one years of age. Five foot ten. Slight build.
He’s a loner. A sniper. A killer. The sort of sniper who sets up over a busy city street and randomly chooses a target. A victim. It is the spontaneity that thrills him, and, by his own reckoning, he is the best. The best because he has 41 notches on his rifle, and, while there have been a few close calls, he has no real fear of capture.
“A Real Nice Guy” is a stylish crime story written by William F. Nolan, a favorite short story writer of mine, originally published in the April 1980 issue of Mike Shayne Mystery Magazine. It is something of a battle of sociopaths—both bad, of course—and while the ending is less than surprising the journey is ideal. The prose is smooth and, especially the non-dialogue narrative, is something like a brassy jazz riff—
He was a master. He never missed a target, never wasted a shot. He was cool and nerveless and smooth, and totally without conscience.
It’s short. Third person, and very much worth seeking out. But, in the interest of fairness, that is exactly what I think of all Nolan’s short work.
I read “A Real Nice Guy” in The New Mammoth Book of Pulp Fiction, published in 2013 by Running Press, and edited by Maxim Jakubowski.