THE SPY IN THE BOX by Ralph Dennis 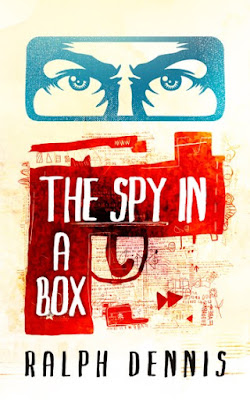 The Spy in the Box was written by Ralph Dennis in the early 1980s, but this Brash Books edition, released nearly 40 years after it was written, is its first publication. Brash has been releasing Dennis’ work, both previously published and unpublished alike, over the past few years and the quality of Dennis’ writing—the style and the plotting—has been consistently good. It’s been good enough that I wonder why it wasn’t published when it was written rather than moldering away in a filing cabinet drawer awaiting discovery by a new generation of publishers and readers.


Will Hall is a CIA agent stationed in Costa Verde, a South American hotspot, trying to navigate a regime change. His choice to take Costa Verde’s presidency is the moderate Paul Marcos, but when he witnesses Marcos’ assassination and the United States’ pallid response, he quits the agency and goes home. But some things are easier to quit than others, and when he’s framed as a whistleblower—an article with his name and detailing the CIA’s work in Cost Verde is set to appear in a liberal New York newspaper—his leisurely retirement is interrupted by assassins.


The Spy in the Box is a smooth thriller with an abundance of Cold War coolness and double-crosses. Dennis’ prose is straight and sparse. The characters are drawn with depth and include a honey pot with more on her mind than seduction, and a CIA king with a flicker of a conscience. The settings are old-school spy thriller stuff: safe houses, decaying agency-owned motels. The plot is linear and fun. Its only fault is a lack of surprises, but that doesn’t mean it’s not exciting. There are some nice action sequences and a nostalgic sense of 1970s television to it. It’s not as good as Dennis’ Hardman novels, but The Spy in the Box’s unexpected characterization gives it a nice little push.

Ben, I'm sure I'll enjoy Ralph Dennis' novels including this one based on some of my preferred themes, spies, the Cold War and political intrigues. Sounds more like true-life fiction given the regime-change conspiracies in South America and Africa one heard and read about in the second-half of the last century.