It has been awhile since I have posted any Hubble Telescope photographs. Too long, in my mind. I love looking at the beauty that Hubble captures in the cosmos. The distant galaxies, nebulas, stars, universes, and even the less exotic images from our own solar system. Today my imagination was captured by the cold beauty of Uranus. It is the seventh planet from the sun, and its blue texture is captivating and lights my imagination with the dreams and visions of Arthur C. Clark, Isaac Asimov, Robert Heinlein, and the other great hard science fiction writers. It is truly beautiful. And now I will let the photographs speak for themselves...

Uranus with its rings visible

Uranus and its dark spot 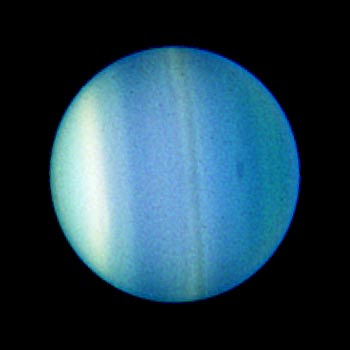 Uranus and one of its five major moons Ariel 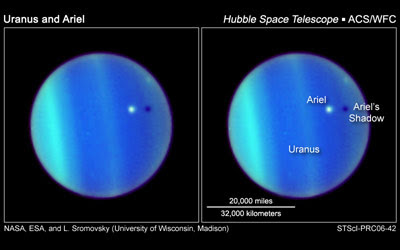 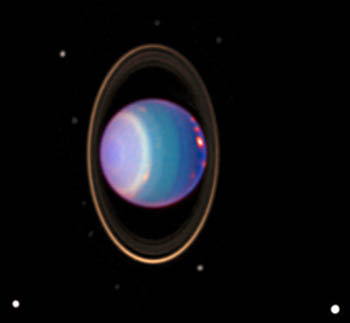