Monocolo, by Theodore Taylor, was published as a hardcover in 1989 by Donald I. Fine. The edition that caught my eye is the mass market paperback published by St. Martin’s Press in 1991. The cover art has a television movie quality to it with those great early-1990s colors and the showgirl trapped inside a kitchen knife’s blade. The artist: Edwin Herder 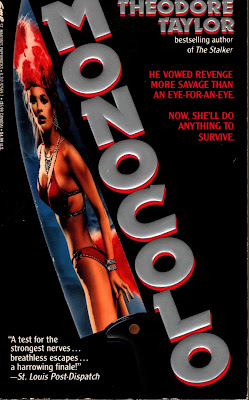 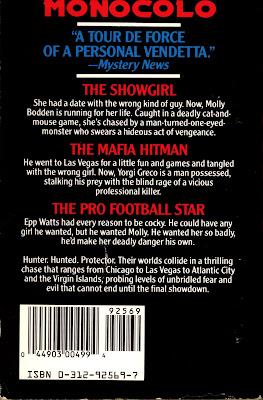