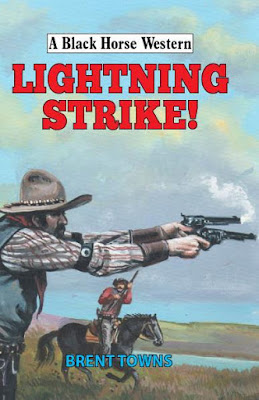 Brent Towns is a writer on the move. Over the past few years he has hit the Western genre with a vengeance and published more than 20 novels under his own name and various pseudonyms, including B. S. Dunn, Sam Clancy and Jake Henry. He has co-written, with Ben Bridges, two novels featuring Lew Eden, as well as continued Ben Bridges’ cavalry series Company ‘C’. His work, to date, has been high quality, action-centered Westerns, which have been lauded by readers worldwide as “fast paced,” “entertaining,” and “adrenaline rush” inducing.
Brent makes his home down under, in Australia, where he lives with his wife and son and is relentlessly punching the keys for another solid story towards those two wondrous words—“the end”. While Brent has yet to crack the American market, his time will come, and sooner rather than later, and once he does his name will be everywhere.
Brent was kind enough to sit down and answer a few questions. The questions are italicized and so much less important than the answers.
What’s your latest novel?
I have two, actually. Drifter #5 Longhorns and Blood and a Black Horse Western titled The Man Who Burned Hell!
The first book is published by Piccadilly Publishing in the U.K. and follows the adventures of my serial character Jeff Savage after he comes home from the Civil War.
The second book is published by The Crowood Press, also in the U.K. This story contains a recurring character named Josh Ford, a no-nonsense Deputy U.S. Marshal who is sent to a town called Paradise with the sole purpose of bringing to an end the reign of terror by a man known as “The Devil”.
[Editor’s note. Drifter #5 Longhorns and Blood is published as by Jake Henry, and The Man Who Burned Hell! is published as by Sam Clancy. Both are available as ebooks in the United States.] 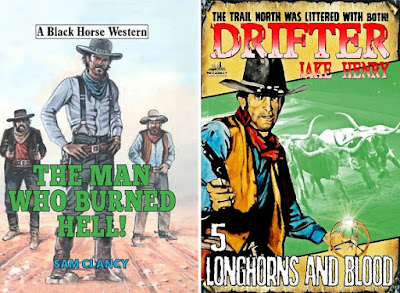 Without breaking any of your personal taboos, would you give us an idea of what you’re working on now?
I’m actually working on three stories at the moment. One is a novelization of a movie manuscript titled Bill Tilghman and the Outlaws. The movie is set to be finished sometime this year and the script was written by Dan Searles.
The second is book 2 in the Lew Eden series. I’m collaborating with well-known western author Ben Bridges on this one. Which is a great experience for me, having grown up reading many of his books.
This story surrounds the battle on the Little Bighorn which was quite fun to research with all of the varying viewpoints. I know some people will disagree with me but I found Nathaniel Philbrick’s The Last Stand to be a great read and valuable source of information.
The third is a modern-day story titled Retribution. It is a genre I’ve never written before and is one of my challenges for 2018.
How is it different working on a novelization, based on a screenplay, than it is developing your own novel?
Working on a novelization is a great experience. For starters the path is all planned out, so you don’t have to do too much on that side. The characters are already there so you just have to bring them to life. One thing I was told before I did my first was that the reader doesn’t want to see a carbon copy of the movie. Make the story your own. Subtle changes here and there can help with that.
I’ve written two now. The first seemed easy enough so I didn’t hesitate when asked to do the second. Bill Tilghman, however, threw me up a different set of challenges which required various communications with the screenwriter. A nice bloke by the way. Always ready to answer any questions that I had.
Now that I’ve finished the first draft, we'll see how it has turned out.
What was your first published novel?
My first “accepted” book by a mainstream publisher was called Fury at Bent Fork. It was accepted by Robert Hale in the U.K. not long after I self-published my first written book. (Interestingly enough I consider this book to be NOT my best work and yet is has more great reviews than the others)
The feeling you get when you finally get the acceptance notification still feels as great today as it did the first time.
I’ve been lucky in my writing journey to have had minimal rejections so far. But with a new year comes new challenges and in 2018 I’m targeting a new genre with the U.S. market in mind. Who knows, it could be the year of the rejection. But if you don’t try, what’s the point?
[Editor’s note. Fury at Bent Fork is published as by B. S. Dunn, available as an ebook in the United States.] 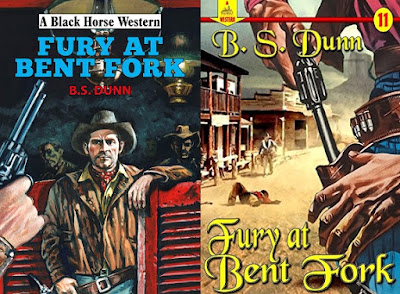 When did you first realize you wanted to be a writer?
I guess I’ve always wanted to write, even as a child. However, I figure the time wasn’t right back then and life had other journeys set out for me. But in 2015 everything aligned, and it has been all go since then.
How do you go about writing?
I write when I can. Depends on what the days throw at me but most of it is done at night after everyone is in bed.
I like to plan most things with my writing, I have a cupboard full of scribble books with ideas and plot plans. However, these are mostly a guide. A lot of the time I get about halfway through and the stories take on a life of their own and the plan has gone out the window.
Do you have any specific pleasures, or displeasures, that come from writing?
Pleasures? Hmm. I guess the greatest pleasure is the sense of achievement once the manuscript is complete. Nothing like those two little words at the end of a story.
Displeasures? The middle of the book. I usually start off in a blaze of glory and fly through the first third. Get to the middle and it seems to drag. Hard work is that part. Then after you chop through it, the final part seems to rocket along again.
I don’t mind going through edits when I get them. After all, they are designed to make your book better. The proofs, however, I could do without. I’d rather be writing than reading those.
Readers? Readers are great. Fantastic. Without them I’d be out of a … I hesitate to call it a job. Thank you to all those who do purchase my books.
Are there any writers that inspired—or continue to inspire—your own writing?
Let’s just say over the years I’ve read a lot of great authors and often I’ve finished a book and thought “I wish I could write like that”. Now, I may not be able to write like them, but I’m living the dream.
If you could write anything, without commercial considerations, what would it be?
I would like to try my hand at a Gunsmoke western. I read a few of Joe West’s a long time back and really enjoyed them. Then there are the select few who write for the Johnstone brand, that would be cool.
I think being a western author who lives in Australia makes it harder to break into the American publishing scene. But, along with the modern-day story, my other goal for this year is to write a western big enough, and GOOD enough for a mainstream U.S. publishing house to consider.
Last year I also wrote my first Commando script. That was fantastic. I’d like to do more of those too.
[Editor’s note. Commando Comics is a U.K. based comic book publisher featuring action centered war stories.] 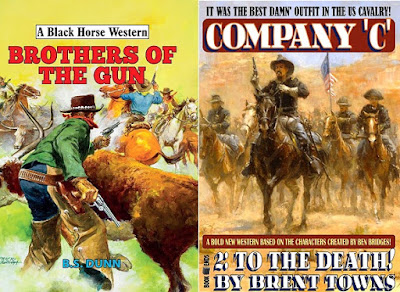 If you were stranded on an island and you had only one book, what would it be?
Love this question. For the first part of my life, and a large chunk of my teenage years, I lived on an island. (at that stage home to roughly 2,000 people) Admittedly you could fly on and off, but we were pretty isolated in the middle of a zone known as the Roaring Forties.
In my room I had a bookcase loaded with over 400 westerns. If that’s stranded, I’ll take it.
What was the name of the island where you lived?
The island I lived on was called King Island. Pop: around 2,000 at the time. I worked in the Seaweed factory there and also the local meatworks. Great fishing, dairy products are world famous along with their beef.
Great place to bring up kids until they’re ready to fly the nest.
If you were allowed only to recommend one of your own novels, or stories, which one would you want people to read?
I’m kind of partial to one of my latest works called, The Man Who Burned Hell! from Crowood.

They have a great line of westerns which they publish, 6-8 every month. Being a U.K. company, I don’t think they get the recognition they deserve.