The Fantastic World War II, is an anthology of science fiction and fantasy tales about World War II, edited by Frank McSherry, Jr. A paperback original published by Baen Books in 1990, which is the very edition that caught my eye, it features ten short stories, each a reprint, from Nelson S. Bond’s “Take My Drum to England” (1941) to “The Last Article” (1988) by Harry S. Turtledove. The cover art is nicely pulpy with everything that convinces me to take a book home: strafing airplanes, a tumbling Statue of Liberty, all encased in a vivid background. The artist: Ken Kelly. 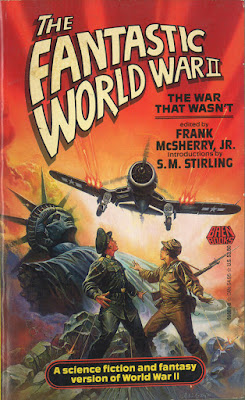 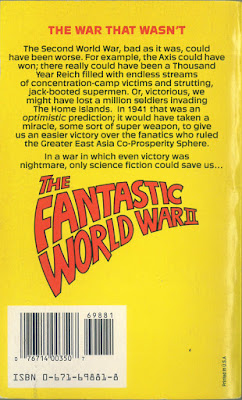 The cover art is terrific, like the covers of the UK-published Commando comics. I'm as partial to War fiction as I'm to Western.

Me too, Prashant. A good war story is as good as fiction gets.