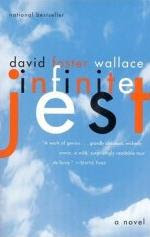 My local newspaper--The Salt Lake Tribune--printed an interesting article about the newish literary genre that it calls “post-postmodern fiction.” The genre, as described by the article, is defined by a group of young writers—mostly male—who are playing with narratives and the way we read:

This new breed of writers…think nothing of breaking up prose with graphics, maps and comic strips. They vary their font sizes, add extensive footnotes, format their text into strange shapes on the page. Sometimes they even read the text upside down.

The article goes on to talk about the originality of the form, even going so far as making the comparison between what these new "post-post modern" writers are doing and what Faulkner, Woolf, and Joyce did in the early-Twentieth century:

[T]he current wave of young writers, in their own way, are doing what modernist novelists such as William Faulkner, James Joyce and Virginia Woolf did in the early 1900s with stream-of-consciousness, voice and other groundbreaking narrative devices.

The genre, according to the article, has been around for about a decade—its roots can be traced to David Foster Wallace’s Infinite Jest, and now includes writers such as Mark Z. Danielewski, Jonathan Safran Foer, Mark Haddon, Evan Kuhlman and David Mitchell. It has a cult following, and is beginning to make gains in sales and even appearing in mainstream bookshops.

When I first read this article yesterday morning I didn’t know what to think about it. I’m not the target audience for these “post-postmodern” works, but my first thought was: This is why people don’t read anymore. But then I eased off a little. Maybe there is something to this—heck, can anything that brings people away from the television, telephone, video game console, and back to the written word be bad?

I would prefer new and innovative novels that I can read without getting a decoder ring in the mail, or turning the book upside down and back again every few pages, but—

—at least it is out there in the marketplace, and someone is reading it.

I would rather have literature that is progressive in its narrative power and story-telling,than progressive in how it is presented—a job primarily achieved by a the very non-literary graphic design companies that have designed the nearly indecipherable menus in every chic chain restaurant around the country—but maybe this is a move in the right direction.

Not that I want the text shaped into elephants on each page—or any page—but rather a reevaluation of how we deliver literature. We need to be progressive in using new formats and media—how can we use the Internet, email, PDFs, or any other piece of technology to improve the accessibility, readability, and desirability of the written word?

Maybe this “post-postmodern” trend will help give us some answers, not how to write quality literature, but how to think creatively in presenting it in new formats, which younger readers will find appealing and illuminating. And hopefully benefit not only those of us who love the written word, but our entire culture as well.

Click Here to read the article in the Salt Lake Tribune.
Posted by Ben Boulden at 6:01 PM