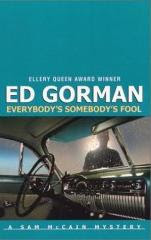 We all know the rules: the first few sentences of a novel have to reach out and grab us. If they don’t we generally pass on the novel and move down the shelves until something does grab us. Here are three more novels with openings that not only have grab, but have stayed with me since I first read them. Interestingly enough, they all are mystery novels.

1. Sweating, thirsty, hot, uncomfortable, and tired to the point of explosion.

Cynically I counted my woes.

I sat in the driving seat of a custom-built aerodynamic sports car, the castoff toy of an oil sheik’s son. I had been sitting there for the best part of three days. Ahead, the sun-dried plain spread gently away to some distant brown and purple hills, and hour by hour their hunched shapes remained exactly where they were on the horizon, because the 150 m.p.h Special was not moving.

Dick Francis was a favorite writer of mine in the mid-1990s—heck, he still is, and this opening from his novel Smokescreen is why. His writing is interesting, his voice is very working class, and his mysteries are top-notch. Not to mention they are exciting as hell.

2. Around eleven that night, the hostess broke out the Johnny Mathis and the Frank Sinatra, and everybody quit talking about their kids and their jobs and their mortgages and their politics, and got down to some serious slow dancing out on the darkened patio in the warm prairie night of summer 1961.

This is the first paragraph of Ed Gorman’s novel Everybody’s Somebody’s Fool featuring part-time P.I., part-time lawyer, and full-time small town fix-it man Sam McCain. The Sam McCain novels are a melancholy journey into a past that no longer exists, and the opening line from Everybody's Somebody's Fool fits the mood, temperament, and relaxed sorrow that is woven into each novel of the series.

The Sam McCain novels are my favorite P.I. series still being produced—the most recent, Fool’s Rush In, is scheduled for release later this year. I hope! It was originally scheduled to be released in March, but according to Amazon.com is now scheduled for the end of August.

3. I’m sitting on the porch of a bungalow on the Yucatan Peninsula with lit cigarettes sticking out both my ears.
This first line from Charlie Huston’s super-cool novel Six Bad Things begs the question: What? It also makes me want to read further, if for no other reason than to figure out why the guy has lit cigarettes stuck in his ears. And the great thing is, the novel only gets better.
Posted by Ben Boulden at 6:16 PM